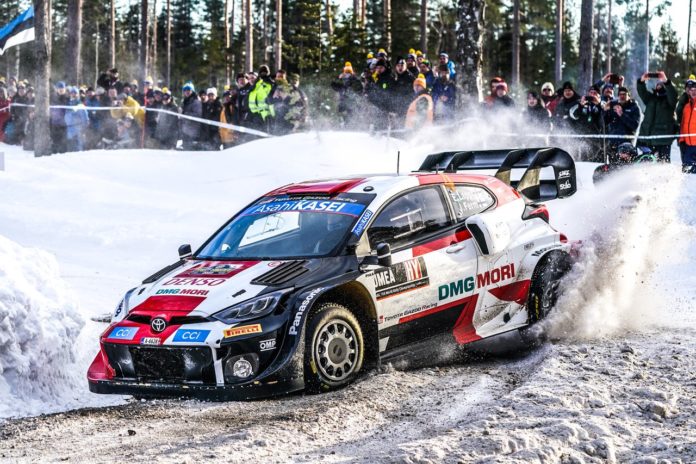 After scoring a podium on his return to the World Rally Championship in Sweden, Esapekka Lappi says he was surprised to be immediately on the pace of his competitors.

Last weekend, the Finn took over Toyota’s third GR Yaris, which he will share this season with eight-time world champion Sebastien Ogier. It was also his first top-flight start since 2020, and his return to the Toyota factory team he drove for in 2017 and 2018.

Despite having less time behind the wheel of the new hybrid GR Yaris than his teammates and competitors, Lappi quickly settled in and won the second stage of Rally Sweden.

The 31-year-old admitted the performance came as a pleasant surprise and confirmed that he has the skills to challenge the championship’s best.

It’s been amazing let’s say to come back and be in the pace from the first stage immediately,” said Lappi, after scoring his first WRC podium since finishing second at Rally Turkey for Citroen in 2019.

In the post-event news conference, Lappi affirmed that he will drive the GR Yaris in the championship’s next race in Croatia from April 21-24.