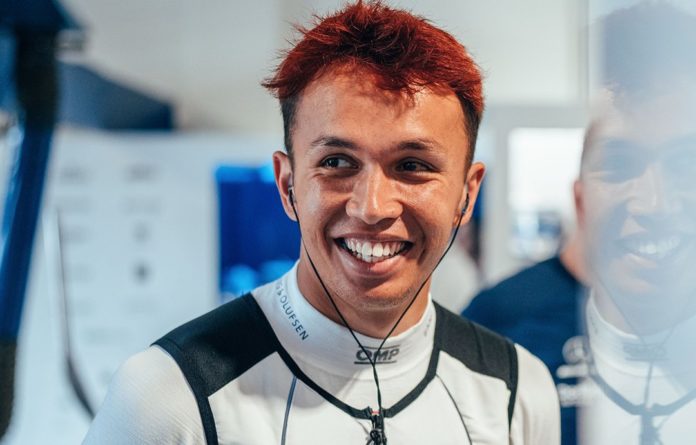 Alex Albon’s red hair superstition paid off at the Miami Grand Prix, as he scored points for the second time this season.

The Williams driver debuted a new red haircut at the Miami track, later explaining that the unusual colour choice had become a superstition for him.

Albon scored his first point of the season at the Australian Grand Prix, despite a patch of red in his hair. The design choice stemmed from a charity trip to Thailand — with whom he shares dual nationality – where the children he was visiting chose to give him a new appearance.

The red had grown out by the next race at Imola, and after finishing outside the points, Albon believed the red was to blame.

Albon joked that it was all because of the hair after securing another two points in Miami.

“No upgrades are ever needed, you just need to dye your hair!” he told Sky Sports F1.

“To be honest with you, we’ve had the pace all weekend, qualifying was the anomaly. We were really frustrated and then the race happens and we were there.

Albon then revealed a secret agreement between himself and the team, which might result in the entire garage sporting red hair.

“Before the weekend started, we did say that if I score points this weekend, the whole team are going to dye their hair red,” he said.

“I just went to the engineering room and they’re all starting to backtrack their comments. They’re all like ‘oh no it was a podium’ and I’m like ‘no it wasn’t!’”

As the colour seeped into his balaclava, he joked that the red hair had the unintended effect of making him look “beheaded.”