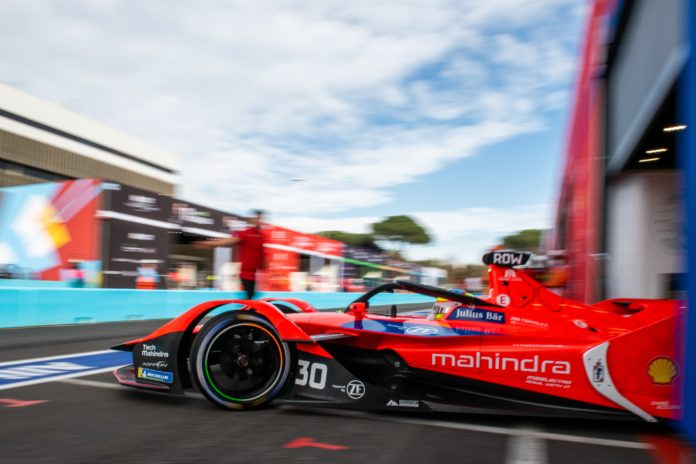 Alexander Sims admits that he is “a little bit lost” with his Mahindra Formula E car after failing to score a point at last weekend’s Rome E-Prix.

Sims finished 12th in the first of two races at Rome’s Circuito Cittadino dell’EUR, and was back in the midfield before crashing into the wall in the second due to a lock-up when attempting to pass Nissan’s Maximilian Guenther at Turn 14.

Despite the fact that the pace “didn’t feel too bad” in the early stages, where the Briton had put together a string of solid laps, Sims said he was lacking trust in the whole package and didn’t see an immediate solution to his troubles.

“I don’t have any clear, specific things that I can see a huge improvement coming from, I’m a little bit lost and lacking in confidence at the moment,” Sims told Motorsport.com.

“We need to just try and understand where some of that is coming from and just try and make those incremental improvements as it normally is.

“There’s rarely one massive single moment that can suddenly change your fortunes entirely. So it’s hard work at the moment.”

Sims highlighted that the team has struggled with qualifying pace in particular, and that this will be Mahindra’s key emphasis heading into the Monaco event at the end of the month.

“It didn’t feel like our pace was too terrible,” Sims continued. “It was tough to really read what was happening in the race. But it seemed everyone was saving a lot.

“Even though I felt I was doing a good job in energy, my engineer was saying that I was in the mix with everyone else, a bit up on some and a bit down on others. Everyone must have just been in saving mode around me.

“We’d just taken attack when I then had my crash. I was sort of hoping to be able to make hay while the sun shone with the extra power and pull myself back through the field.

“The race pace was not horrendous; to be honest, it’s probably the strongest point of the weekend. Our qualifying placement, for me particularly was very poor. So that’s really got to be the main focus I think.” Sims stated.