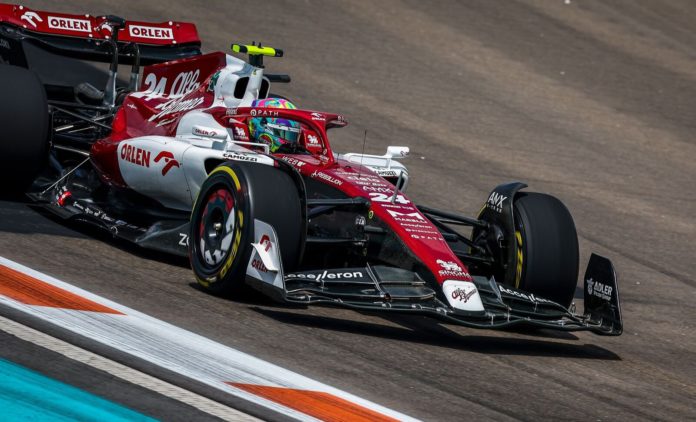 Following the upheavals of Imola and Miami, Alfa Romeo Formula One CEO Fred Vasseur is hoping for a “easy weekend” as the team unveils a substantial update package in Barcelona.

Valtteri Bottas had a fire in Friday qualifying at Imola and missed the entire Saturday FP2 session while his chassis was replaced, while the Finn had a huge collision in FP1 in Florida and again skipped FP2 due to a lack of time to repair the vehicle.

Bottas finished fifth at Imola and was on his way to the same position in Miami when he raced wide, collided with the wall, and let both Mercedes drivers to pass him.

Vasseur is optimistic that the team won’t have to deal with another huge repair job in Barcelona and can get some solid track time with the C42’s new modifications.

“I would love to have a more easy weekend,” Vasseur told Motorsport.com. “Something very calm with good sessions.

“Honestly, I think that it’s so tight, that nobody can say that we are P4, P5, P6. We just have to be focused on our job, to continue to develop the car, we will have a big update next week in Barcelona, the next race.

“For the championship, our realistic targets are Alpine, AlphaTauri and McLaren.” He said.

Pujolar believes Alfa can compete with Mercedes in specific races, but admits that the team’s priority for the season is on beating its more consistent opponents.