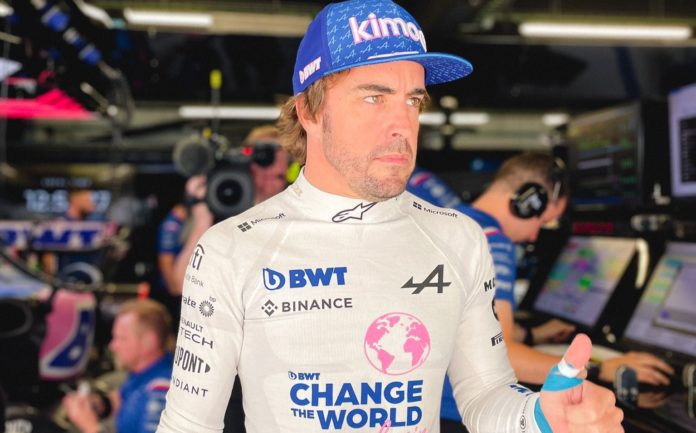 Fernando Alonso has apologised to the FIA for calling the F1 stewards “incompetent” before the Spanish Grand Prix.

Alonso chastised the FIA for imposing a five-second time penalty on him during the Miami Grand Prix.

“Well, it was unfair, we believe it was really unfair, and it was just stupidity from the stewards,” Alonso remarked in Barcelona on Thursday.

In Miami, the two-time world champion questioned the stewards’ “professionalism.”

“So it was very bad, and honestly, I mean… yeah, it’s already the past but it is something that should not happen in F1, with professionalism and standards Formula 1 has right now,” Alonso added.

Alonso was pictured with FIA president Mohammed bin Sulayem later in the weekend.

Alonso said after the Spanish Grand Prix on Sunday that he had apologised to bin Sulayem and that his position on the Miami incident had changed.

“Even reflecting from Miami, and from Thursday here… maybe I see it in a different way now,” Alonso explained.

“They did their job in Miami and we see differently from the car and from the heat of the moment. I think we all work together to improve the show.

“Today, for example, the fans saw a super race and we all here to help that, to help the show. We talked during the week as well. Very good friend with Mohammed.

“I have a lot of trust, personally, in Mohammed, at how he’s handled FIA and other changes that he’s making and the things he wants to improve.

“I’m fully supportive of what he’s doing and his ideas and we were talking about Miami and generally the year, how it has been. Hearing from them as well I can hear the point I can see the point and I can do things differently and better.”

After hitting traffic on his penultimate run in qualifying, the Spaniard was eliminated in Q1 for the first time in front of his home fans.