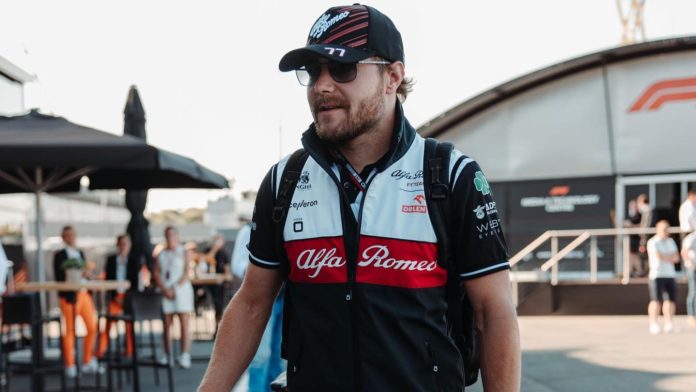 As per Valtteri Bottas, the number of races permitted in F1 must continue to be capped in order to avoid straining resources to the point where “two teams” are required.

In comparison to the existing record of 22 races held both this season and last, the 2023 F1 calendar was released on Tuesday with a record 24 rounds scheduled for the following year.

Significant worries have been voiced about the wellbeing of team staff workers who travel the globe on a hard schedule that will get even busier next season.

Since the current Concorde Agreement between the F1 teams and the FIA currently only permits up to 25 races per season, teams have started to shift staff members on and off to manage their workload.

This practise is likely to become more common in the upcoming months.

For the benefit of the company’s employees, Alfa Romeo driver Bottas wants to see that cap upheld; any more would necessitate a considerable alteration in the way the team is managed during race weekends.

“There has to be a limit, I think that beyond a certain number of races for the teams it becomes physically demanding, and we can’t even think about having two teams, an expensive and also complicated scenario to implement,” Bottas explained to the Italian edition of Motorsport.com.

“Personally I think we are very close to the limit, not so much for the drivers, who arrive at the track on Thursday and leave on Sunday evening, but for the staff, who arrive much earlier and leave later.

“I think the insurmountable limit is 25 races, to do more would mean making it essential to have two teams.”

Given the smaller staff size of Alfa Romeo F1 compared to other teams on the grid, Bottas has previously discussed how it is now taking longer than he had hoped for changes to be created at the team.