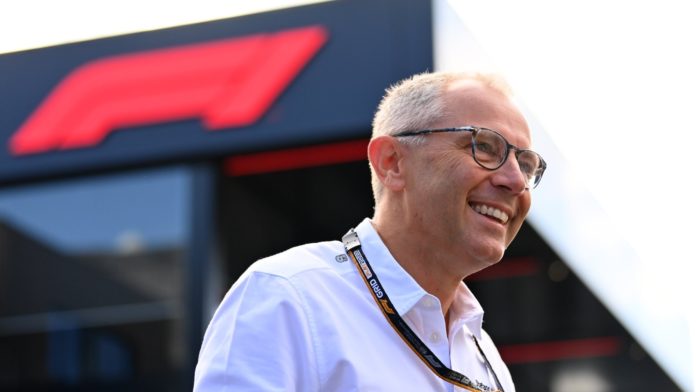 Despite Red Bull’s domination this year, F1 CEO Stefano Domenicali is certain that new restrictions will eventually help to tighten up the grid.

As the distance between the front and back of the grid gets less, more teams will have a chance to succeed thanks to the brand-new rules that F1 implemented for 2022.

This is made possible by a cost cap combined with an aerodynamic handicap mechanism that gives lower-ranked teams extra time to create their wind tunnel and CFD models.

The first year of the new rules has, however, led to a significant disparity between the teams that understood them and those that did not, as some had expected.

The title race has been strongly in Max Verstappen’s favour, with Ferrari and Red Bull emerging as being in a league of their own.

“It is clear that a championship with these gaps between first and the second will not deliver the finale we saw last year,” explained Domenicali, speaking to Italian media.

“But despite this, we have already sold out in the remaining grand prix on the calendar. I believe that from a technical point of view, it is important to understand how quickly certain performance gaps can be closed, and this is one of the points on which the regulations were based.

“We also need to see how much the performance of the cars was influenced by the regulations, and how much was down to reliability or management [problems]. It needs a good analysis to understand what caused a big gap between the leaders and the rest.

“Because if we look at the ranking as a whole, we see that behind the leader there are tighter fights than in the past. I want to give a positive interpretation.

“I believe that in the next few years, the regulations will lead to an even tighter reduction of the gap that currently exists between the leader and the rest.” Domenicali stated.