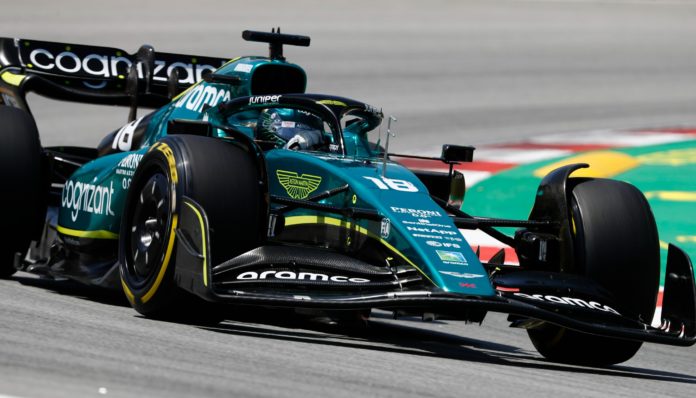 Aston Martin delivered on their commitment to bring major changes to Barcelona, to the point that the paddock now features a radically different AMR22.

The Aston Martin was expected to undergo significant improvements ahead of the weekend, and the upgrades have been applied across the board, to the point where it might be classified as a B-spec car.

According to a report from Germany, both Lance Stroll and Sebastian Vettel will race the revised cars this weekend, as the team attempts to climb out of ninth place in the Constructors’ Championship.

On Friday morning, a team press officer confirmed this to PlanetF1, adding, “Both cars will be the same updated standard.”

When images of the updated Aston Martin began to circulate on Thursday, social media users were quick to point out the car’s outward similarities to another team, with some users dubbing the AMR22 a “Green Red Bull” because of its new look – despite the fact that significant changes to the car were expected since pre-season testing.

The Aston Martin AMR22’s rear wing and radiators have also been updated, and team principal Mike Krack previously stated that he wants to see Aston Martin bring some sort of modification to every race this season in the hopes of closing the gap to the rest of the middle.

“We want to have continuous development and bring updates all the time – sometimes they are a bit bigger, sometimes a bit smaller, but it is important to keep the development alive,” Krack said, quoted by MotorsportWeek.com.

“We have three main points we are working on. One is aero, the most important one. Second is car weight, very important as well.

“And the third is how we can provide better feedback [from the car] to our drivers that goes into the suspension, into the steering, these kinds of things, the set-up of the car.”