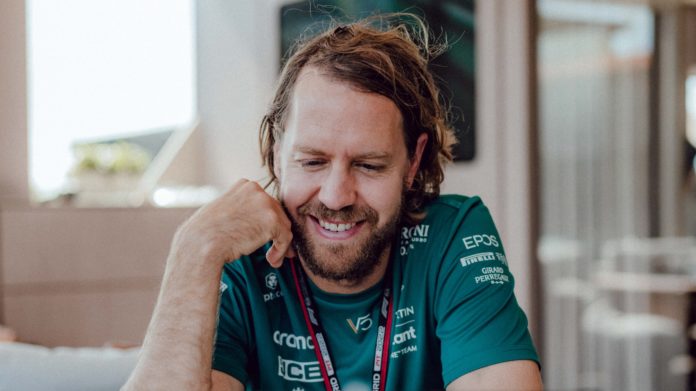 Sebastian Vettel, who announced his retirement from F1 at the end of the year, is the “ultimate professional,” according to Aston Martin, who claims that his approach has not changed.

Sebastian Vettel, a four-time world champion, announced his retirement from F1 at the end of July, capping a career in the sport dating back to 2007.

Following his departure from Ferrari in 2021, Vettel joined Aston Martin, where he earned the team’s first and only podium finish to date at the Azerbaijan GP in 2018.

Tom McCullough, director of performance at Aston Martin, praised Vettel’s work with the team and said that since making his retirement intentions public, there has been no change in his dedication or strategy.

When asked if he had noticed any changes in Vettel over the previous six weeks, Tom McCullough responded, “He is the ultimate professional really, so I’d say no to that.”

“Maybe he’s a little bit more relaxed in himself. But I wouldn’t see that in the engineering office and the way he drives the car.

“Sebastian is a bit of a machine really from a work side of things.”

Sebastian Vettel has been “great joy to work with,” according to McCullough, during their time at Aston Martin. This has aided the company’s growth as it seeks to become a title-fighting team over the next five years.

“He is very thoughtful, very strong on the engineering side and he has brought a lot to the team in how we operate and how we look at things,” said McCullough.

“A very inquisitive mind, great fun to be with, but also understands lifting the team from a morale side of things really well.

“So it’s been an utter pleasure with him and I’m looking forward to the next final few races with them.” McCullough stated.