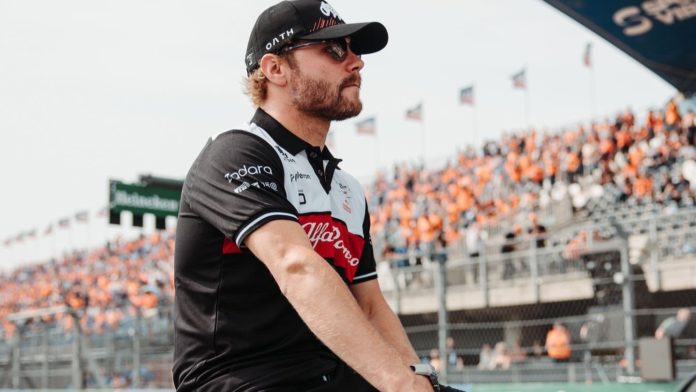 In comparison to his previous employer, Mercedes, Valtteri Bottas feels Alfa Romeo is less of a “company” and more of a “race team.”

Bottas left Mercedes at the end of 2021 to join Alfa Romeo and be reunited with Fred Vasseur, with whom he raced in the 2011 GP3 Series.

After assisting Mercedes in winning the Constructors’ Championship every season he was there, the challenge at Alfa Romeo is different, as the Finn is no longer competing for race wins and podiums.

He had a strong start to the season, finishing sixth in Bahrain, and has cut a happier figure in the paddock during race weekends. Bottas said he is enjoying a “less stressful environment.”

“The context I’m in now is less ‘company’ and more racing team, but everyone’s motivation is the same,” Bottas told the Italian edition of Motorsport.com.

“It was very nice to start the season right away by winning points in Bahrain, I think that weekend gave an extra boost, the team realised that there would be other races where we would be able to finish in the top 10.

“That ‘boost’ is still there, when we don’t get points I see the team disappointed, and that’s the spirit.

“Then, of course, the targets are different to what I had to achieve last year, but in the end the approach is the same, in 2021 the target was to win, today it’s top 10.”

Bottas has struggled to meet that goal recently, as he has failed to finish two of the last three races due to technical issues or a crash.

When asked how much those technical issues had hindered his season, he responded, “enough.”

“I haven’t finished two of the last three races, in Spa due to an accident and in Zandvoort due to a technical problem. Reliability is a top priority for us, as it is also for Ferrari, but there is still work to be done.” Bottas stated.