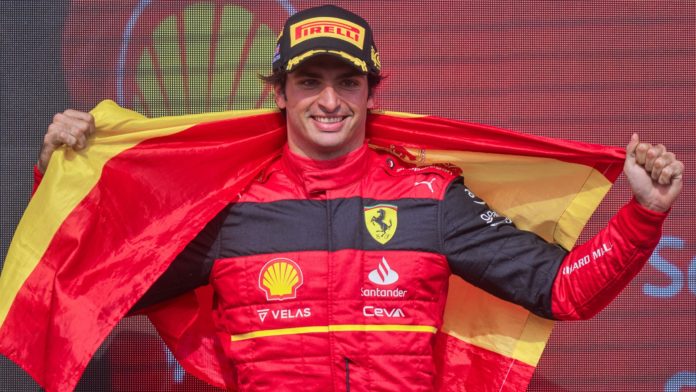 Tiger Woods’ “charisma,” as per Carlos Sainz, is part of the reason why seeing him would make him “nervous,” and he is the only person who could do so in person.

Woods’ 15 major championship victories rank him second all-time after Jack Nicklaus, according to Carlos Sainz, who is an avid golfer himself.

However, Woods was at the vanguard of the game as its popularity grew after becoming a global sensation when he made it into the professional ranks in the 1990s, with sizable audiences following him around courses in tournaments he still competes in today.

The Ferrari driver remarked that these qualities help to make him unique in the sporting world and he hopes to someday meet him in person.

“It is the aura he has around him, the charisma. He is a guy that changed the history of his sport completely,” Carlos Sainz explained to the New York Times.

“For me, I always look up to people that create a point in the history of their sport that changes that sport forever, and Tiger is the one that, for me, changed his sport the most of any other athlete in the world.

“Even now, you can just see he creates something around him every time he walks around a golf course that no-one can explain, and everyone wants him to win.

“After all the polemics he has been through, 99 per cent of people still want Tiger to win. Tell me an athlete that has this aura. No one.

“For me, it’s a case study because it’s something super interesting how someone can create so much charisma that everyone wants you to win, even if you’ve made a lot of mistakes.

“I find him a very interesting character that hopefully one day I’ll be able to meet because he’s a great hero.” Carlos Sainz stated.