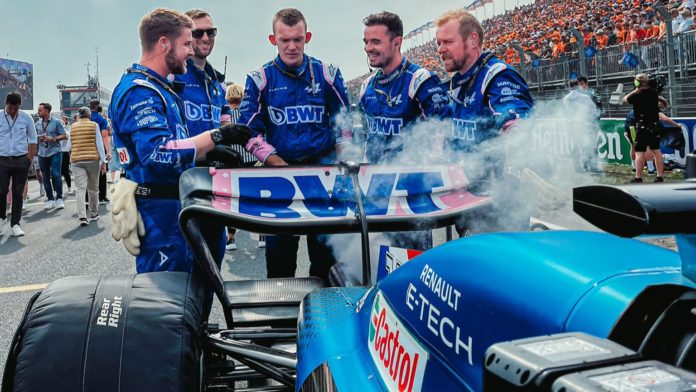 Laurent Rossi, CEO of Alpine, cites Otmar Szafnauer as the hire he is “most proud” of making and claims complete confidence in him.

Rossi has nothing but admiration for Szafnauer despite the challenging weeks he’s had to go through after being put in the middle of the silly season of the F1 driver market when Alpine lost Oscar Piastri to McLaren and Fernando Alonso to Aston Martin.

Rossi asserts that despite what transpired on the driver front, and despite the fact that the team is still furious over Piastri’s lack of commitment, Szafnauer is doing a good job of advancing Alpine’s competitiveness since he assumed control in March.

Additionally, Rossi asserts that Alpine’s management structure is crystal apparent on the inside now that things have calmed down in the team, despite some claims to the contrary.

“Otmar is the boss, and that’s always been the case since he arrived,” explained Rossi.

“We had a bit of a transition period for me to handover a couple of matters, but Otmar is, by the way, one of the hires I’m most proud of.

“He’s delivering every day since he arrived, and is the boss. On topics like [drivers] we stay close, so we knew all of the developments.

“We would agree sometimes on maximums, limits, boundaries, because, of course, we need to be aligned, and I need to know [what is happening]. But there was no real disconnection between us.”

Rossi claims that the fact that he chose to make Szafnauer the team’s manager is the reason why he hasn’t been as well-known this year as he has in the past.

Budkowski left the team over the winter, while Brivio transitioned into a new position managing young drivers and other competitive programmes for Alpine.