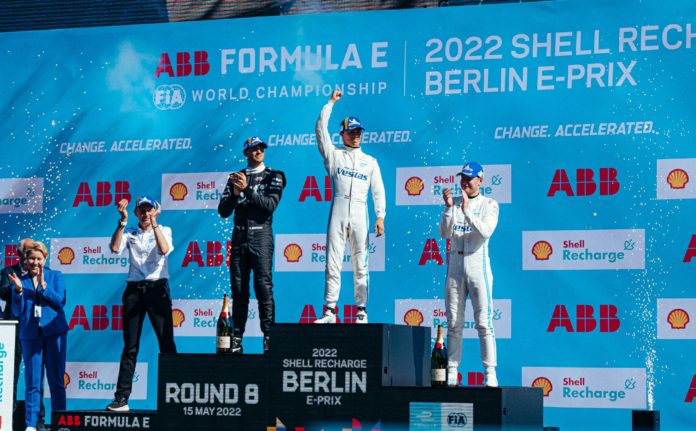 Nyck de Vries, the winner of the Berlin E-Prix, says his pass on Edoardo Mortara entering Turn 1 was a “surprise,” but it allowed him to “take leadership” of the Formula E race.

Starting from third, de Vries made a powerful getaway to pass second-placed Robin Frijns on the inside, but when polesitter Mortara left the door slightly ajar entering the first turn, de Vries seized the opportunity to take the lead.

De Vries’ opportunism paid off as he took the lead early in the reversed race through the Tempelhof Airport, allowing him to dominate the pace and demonstrate good energy management abilities in the process.

After a rough first race in which de Vries struggled to keep up with Stoffel Vandoorne and finished 10th, the Dutchman was relieved to have the chance to make amends.

“Yeah, it caught me a little bit by surprise. I had a good start, a little bit better than Robin. And obviously, wasn’t too far from Edo. That kind of opportunity came as a surprise, but I took it,” said de Vries.

“I think our pace was very strong today, but it definitely helped to kind of be in command and do our own race.

“I think that makes a huge difference. Today, we didn’t really have to fight, we did a clean race, we kept our tyres and energy under control. And you can see the results. So I’m very, very happy with a comeback.

“[Edo] lifted quite early, and I just found myself immediately taking the space in the gap. We didn’t lock up, it was quite early in the braking zone.

“So that provided me the opportunity to go for it, and we executed that well. From that point, we were kind of controlling the race.”

He went on to say that his car’s problems on Saturday were mostly due to “brake splits,” where the temperatures in the brake discs on one side of the car were dramatically different from the other.