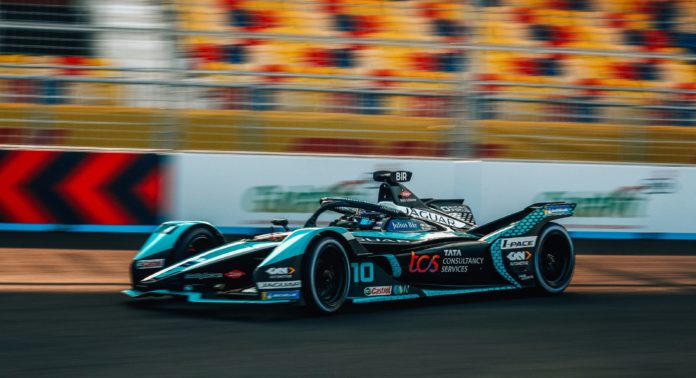 Mitch Evans won the Jakarta E-Prix with a spectacular move on Jean-Eric Vergne, keeping him at bay for his third Formula E victory of the season.

As Evans raced to catch up to Vergne, the Kiwi took his second attack mode allocation and picked it up on the 25th lap, giving him the motivation to push forward.

Evans was within half a second of Vergne when his attack mode had ended, and he continued to put pressure on the Frenchman, inching closer to his rear bumper.

On lap 32, the Jaguar driver made a daring move on Vergne, setting off later into Turn 7 than his competitor and diving down the inside from nowhere, successfully emerging from the curve with the lead.

Mortara pushed Vergne to the limit until the end, nearly matching Evans’ enthusiasm, but he couldn’t get his lines right enough to slide the Techeetah driver out of the way.

Mortara took a similar approach to Jakarta, despite the fact that many of the assault modes arrived early in order to keep the batteries cold and maintain efficiency.

Dennis finished sixth after many clashes with the cars around him, only 0.6 seconds behind Vandoorne at the finish line.

Lucas di Grassi added to Venturi’s points total with a seventh-place finish, also on the back of the da Costa train, with Wehrlein 3s a distant ninth.

Wehrlein had begun well to recover from a five-place grid penalty, but he ran out of gas in the second half of the race and lost positions behind Dennis and di Grassi.

After making his first duels appearance earlier in the weekend, Sebastien Buemi was promoted to tenth place.