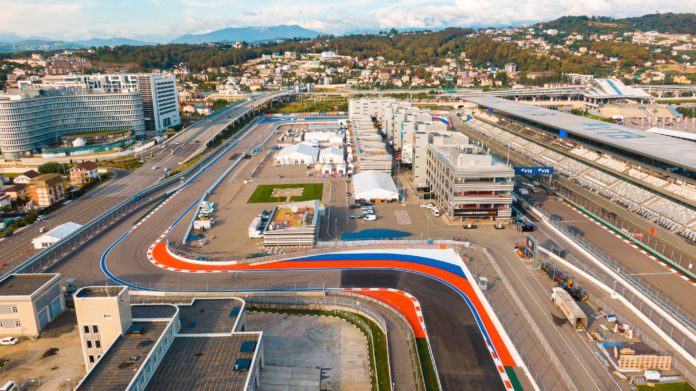 The grand prix scheduled for Sochi this season will not be replaced, ensuring that the calendar will remain at 22 races in 2022.

The decision leaves a two-weekend gap between the finish of the European season on September 11 in Monza and the start of the six-race flyaway series on October 2 in Singapore.

Shortly after the Russian invasion on Ukraine began, the Sochi event was cancelled, along with the event’s ongoing contract.

F1 quickly began exploring for alternate locations in order to retain the overall number of events this year at 23.

Qatar was an early candidate. Last year, the country staged a race at the Doha track, and it will do so again in 2023. Due to its commitment to the FIFA World Cup, it had planned to skip this year.

The September date was deemed to be early enough to avoid clashing with football tournament preparations, but there were concerns about the high heat and its potential influence on the turnout.

The notion of a second race in Singapore a week before the conventional grand prix and possibly at a different time of day arose throughout the Melbourne weekend.

There were other European contenders, with Hockenheim promising to host the German Grand Prix’s return.

The money was crucial to any arrangement. F1 is in a totally different scenario than it was two years ago, when certain venues offered low-cost or even no-cost solutions to keep the number of races up.

A new race would have had to make financial sense for both the teams and F1 itself, given global inflation and substantial increases in freight costs.

Finally, none of the ideas met the criteria, and F1 decided against running a 23rd race.

The confirmation will be welcomed by the teams, who are facing the difficulty of staying under budget while constructing fresh new vehicles in the midst of an already tight timetable.