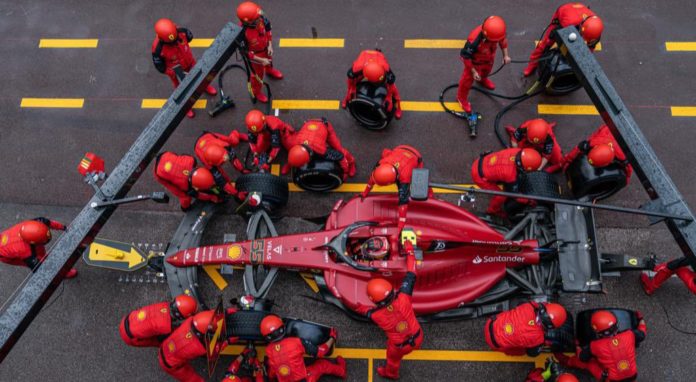 Ferrari team principal Mattia Binotto has stated that the team will bring their next major upgrade package to Silverstone, conceding that the team’s budget constraints prevent them from improving every race.

Formula One teams are restricted to a $140 million budget for the season, and the $5 million cut from 2021, along with significant global inflation, means they are feeling the pinch in contrast to prior spending levels.

Binotto acknowledged that this is affecting Ferrari’s plans to enhance their car over the course of the season, implying that they will have to pick and choose when to upgrade.

As a result, he believes Ferrari will bring their next major planned enhancements to Silverstone in July, with a similar package running in Azerbaijan and Canada.

“I think the budget cap is dictating somehow what we can do,” Binotto said, quoted by Motorsport.com.

“We need to certainly have a close look at it and not wasting our money, because we cannot simply do that.

“I think we’ll bring upgrades when we have got a significant one. It will not come every single race that we will be bringing pieces.

“On top of that, I think you can look at the next races. We’ve got Monaco where maybe you’re bringing a new front suspension for steering angle, and then later on, we’ve got Baku which is a city circuit.

“So I think it will be around the UK where maybe some developments will arrive.”

Binotto believes that there is still a lack of clarity about what can and cannot be done, which could lead to ambiguity about what will happen if and when teams go over budget.

“I think that there will be no way for us simply to, to stay below,” he admitted. “So, I’m pretty sure that at some stage we will go over. In the regulations, there is a threshold, which is a 5%.