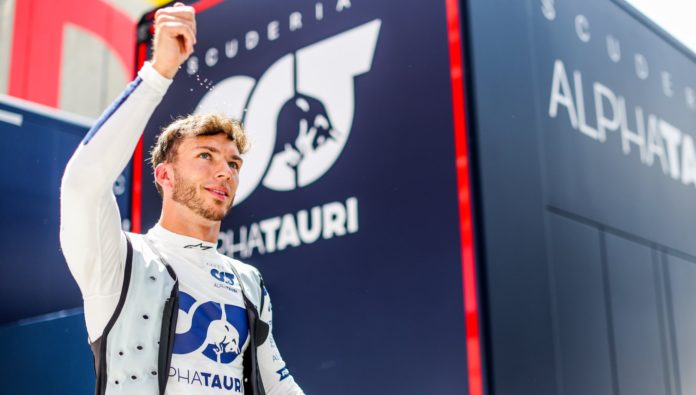 With Red Bull off the table, Helmut Marko has advised that Pierre Gasly’s best choice in the medium term may be to stay at AlphaTauri.

Gasly’s dreams of rejoining the Red Bull squad were shattered when Sergio Perez signed a new two-year contract the weekend after winning the Monaco Grand Prix.

The Mexican’s future has been secured as a result of his impressive start to the season, in which he has joined teammate Max Verstappen at the head of the field, demonstrating that the new RB18 car is a better fit for his driving style than the RB16B he drove when he first joined the team last season.

As a result, Perez has joined a trio of drivers at the top of the World Championship standings, which includes Charles Leclerc.

Gasly, on the other hand, is having a dismal term at AlphaTauri. He has only six points thus far, five fewer than his less experienced teammate, Yuki Tsunoda, after a strong 2021.

Despite the fact that it appeared last year that the Frenchman had outgrown Red Bull’s ‘sister’ squad, with a move to a bigger club the logical next step, Marko isn’t persuaded that option is now on the table.

“Before Perez signed his contract, of course I spoke to Gasly,” said Marko during a video interview with formel1.de.

“We have to see what happens after 2023. What is the alternative for him? I don’t think at the moment there is an alternative that would be significantly better than AlphaTauri.”

Of course, Perez’s extended tenure with Red Bull has an impact on more than just Gasly.

It also creates a glass ceiling for Red Bull young drivers who are attempting to advance their careers in Formula 2, with Jehan Daruvala, Juri Vips, Liam Lawson, and Dennis Hauger among the primary prospects.