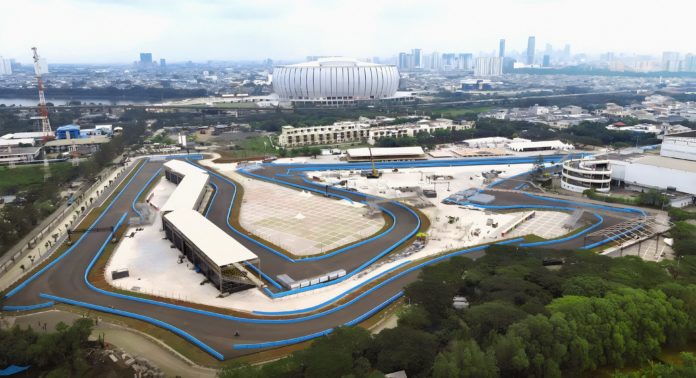 The drivers of Formula E have hailed the first Jakarta E-Prix, with Nyck de Vries hailing it as a “fantastic” event with the circuit’s layout and surface impressing the field.

The Jakarta course was primarily custom-built for the Formula E race, with newly-laid asphalt and bends on the east and west flanks of the Ancol Beach City mall.

This set it apart from the normal cast of street circuits, which use less grippy roads than Jakarta’s specially built surface.

This drew a sold-out crowd since the event was well-received in Indonesia, with much of coverage in the country’s media.

De Vries hailed the race as a “great success,” thanking the spectators for their support, which he drew in part because of his family’s Indonesian background.

“I think the event has been great. I think the excitement from all the fans, the passion and the kindness and welcoming from everyone has been really great,” de Vries said.

“I hope to come back next year – hopefully, we’ll pull off a night race to cool things down a little bit!

De Vries‘ wishes for a colder race were mirrored by race winner Mitch Evans, who said temperatures reached a high of 33 degrees C with roughly 70% humidity.

“I think for Formula E it’s very important to come to Indonesia, it’s obviously a huge population. The whole event has been really smooth, the track’s been great.

“I’m hoping we come back next year, just maybe a little bit colder would be nice!”

The tarmac chosen for the course provided a totally different level of grip, according to Stoffel Vandoorne, although the high heat added to the difficulty of conquering the circuit.

Porsche’s Andre Lotterer appreciated the track as well, albeit he admitted that he prefers a more typical street setting.