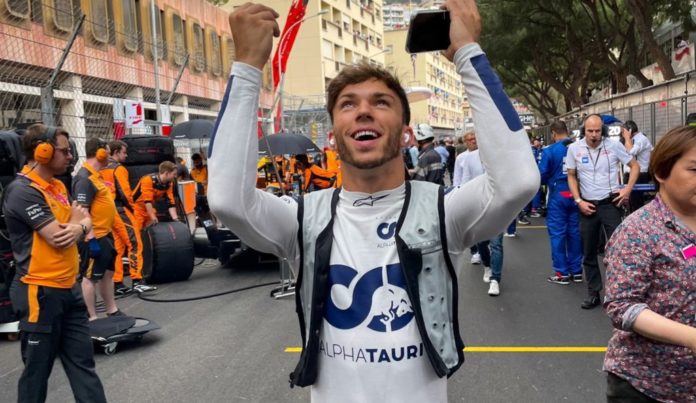 After Red Bull ended Pierre Gasly’s goal of promotion, Felipe Massa believes the Frenchman is too good to be neglected by Formula One’s elite teams.

Gasly was dropped by Red Bull after only 12 Grands Prix in 2019, and he returned to the junior team, where he demonstrated both his speed and his fighting spirit.

He had hoped to be back with Red Bull by now, after three podiums with the AlphaTauri team, including a win at the 2020 Italian Grand Prix.

That hasn’t been the case, and it won’t be now that Sergio Perez has been confirmed by Red Bull for 2023 and 2024.

While Gasly will remain with AlphaTauri next season, he can now begin negotiations with rival teams for a seat in the 2024 race.

“Yes, I believe so,” Massa told F1TV when asked if the 26-year-old could be in contention for a drive with a top-tier squad.

Gasly’s performance in the Monaco Grand Prix delighted the veteran Formula One driver.

After qualifying in 17th place due to a red light in Q1, Gasly battled his way up to 11th place and was barely eight-tenths of a second away from a points-scoring position.

“He was really quick the whole weekend,” Massa aid.

“In qualifying didn’t work well because of the strategy and the red flag, things didn’t work in the perfect way.

“But I mean the performances he is showing, for a long time already, he is unbelievable.

Gasly’s choices for 2024 include sticking with AlphaTauri, but with Lewis Hamilton out of contract, and Daniel Ricciardo’s contract expiring after 2023, seats at Mercedes and McLaren will be available.

Given that he will be out of contract with Red Bull, he does not need to be concerned that his ties to the team will prevent him from speaking with other teams.

Red Bull advisor Helmut Marko, on the other hand, has stated multiple times that the team has a contract with Gasly until 2023 and that they like him as AlphaTauri’s lead driver.