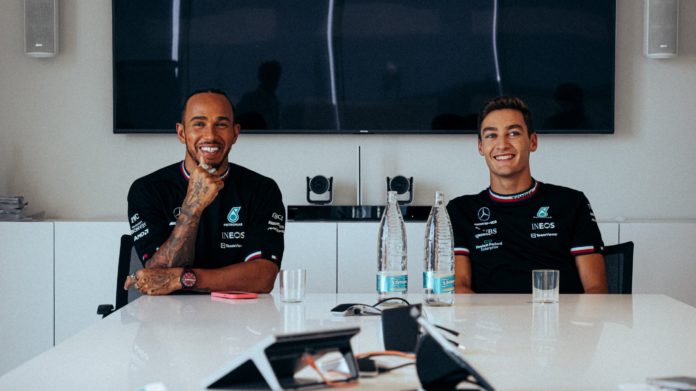 George Russell, from Mr. Saturday to Mr. Consistency, thinks that studying Lewis Hamilton has helped him “widen that envelope” of his driving abilities.

Russell joined Mercedes’ youth programme in the beginning of 2017, and since then, he frequently got the chance to speak with Hamilton and observe the seven-time World Champion at work.

Russell spent time testing for the Brackley team and even competed for them at the 2020 Sakhir GP when he sat in for Hamilton after the British driver became ill with Covid.

However, when Mercedes promoted him into F1, it was with Williams.

Russell, who joined Mercedes following a three-year apprenticeship at Williams during which he acquired the nickname Mr. Saturday for his outstanding qualifying efforts, has since changed his name to Mr. Consistency.

George Russell, who finished in the top five in all but one grand prix—Silverstone, where he was involved in a crash on the opening lap—is now in position four in the drivers’ championship with 203 points.

In addition to being just 16 points behind Charles Leclerc for second place in the standings, he is also outpacing his seven-time World Champion teammate, up on Hamilton by 35 points.

George Russell claims Hamilton is to thank for this, as the 37-year-old is teaching him a lot.

“Firstly, I feel so fortunate being team-mates with Lewis because it has given me such an opportunity to see his strengths and where I can learn from him and he is definitely very strong in certain areas,” said George Russell.

“He is always very strong in low-speed corners and under braking, he has always been very strong and it has been interesting to see his approach to certain issues and how he goes about it.

“There is no doubt that I have probably widened that envelope of my driving skills by being his team-mate.

“There is not really a way to measure whether you are a better driver or not, there are so many factors that go into it.”