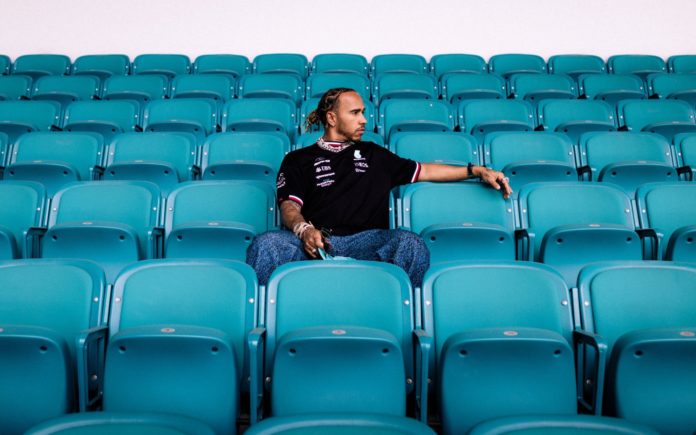 Lewis Hamilton has requested that Formula One concentrate on city tracks in the future, believing that this is the best way to ensure that the sport has the most impact.

City-based tracks are growing increasingly popular, with seven already on the schedule and an eighth in the form of Las Vegas slated to be added next year.

The most recent grand prix in Miami saw the introduction of a new street circuit, and while there were some teething problems on the track, the off-track atmosphere was described as unlike anything seen in Formula 1.

Hamilton, for one, sees the potential of street circuits and has even encouraged the sport’s schedulers to put more emphasis on them in the future.

While he enjoys racing on historic tracks, he says the pandemic has taught him the value of having spectators in the stands.

“I’m a bit old school,” Hamilton told reporters. “So of course I love the history, particularly at certain circuits, but the older I get the more I realise it’s about the people.

“We could go to the middle of nowhere that has very few people, not great accommodation, not great community and for us as individuals driving on a track that’s historic is cool – but it’s about the people.

“And the people really do make it. We’ve experienced, with the pandemic, nobody being in there and that’s just no atmosphere. It was like a test day. It was not enjoyable. And now we are seeing hundreds of thousands of people turn up to the race energised, excited, keen to learn more.”

Hamilton also stated that the city-based circuits allow him to participate in more activities outside of racing, such as meeting children from various backgrounds.

“I think the fans are at the heart of what this sport is about, they create it. I think being in cities, we can really engage in communities and actually also have an impact.

“I love the Nurburgring, for example, but there’s not a diverse community there. We are not actually impacting the place there.” Hamilton Said.