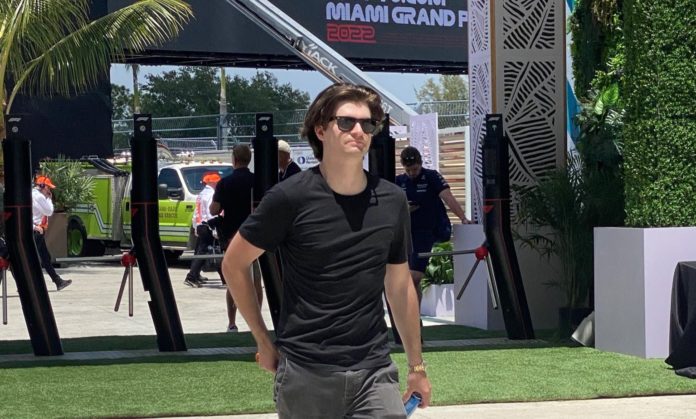 Colton Herta, an IndyCar driver, has been talking about his weekend at the Miami Grand Prix, where he was welcomed as a McLaren guest.

Herta has made no secret of his desire to drive in Formula One, describing it as “very high” on his list of motorsport goals before of the Miami Grand Prix.

He’d already taken the first step into the sport when it was announced that he’d be a development driver for McLaren before the start of the 2022 Formula One season – and now the 22-year-old has had the opportunity to witness the team in action up close.

He was in the McLaren paddock for the Miami Grand Prix but joked that being so close to the car and not being to able to drive it was “the worst feeling in the world for a driver”.

“It was a lot of fun, but it’s always the worst feeling in the world for a driver to go to a racetrack and not be able to drive,” Herta told RACER.

“Obviously with the ties to McLaren, I was able to see a lot more and I’d never been in that capacity where I was able to really see everything and look at all the data from the drivers, see the traces and how they do things. So it was very interesting. I learned a lot.”

Despite the sport’s differences, the Andretti Autosport IndyCar driver was shocked by how similar both teams’ working habits were.

“That was the surprising thing – what they do is the same that we are doing,” he said.

“There was nothing they do that’s really different from how we do things, except they just have a lot more people because they have a lot more stuff to worry about that we don’t.

“Their cars have so many different things you can change, so many sensors and computers to look after where most of those things are spec on our cars.

“Everyone was very open to me being there and explained a lot of really good points. It was awesome to be able to see how everything works.”