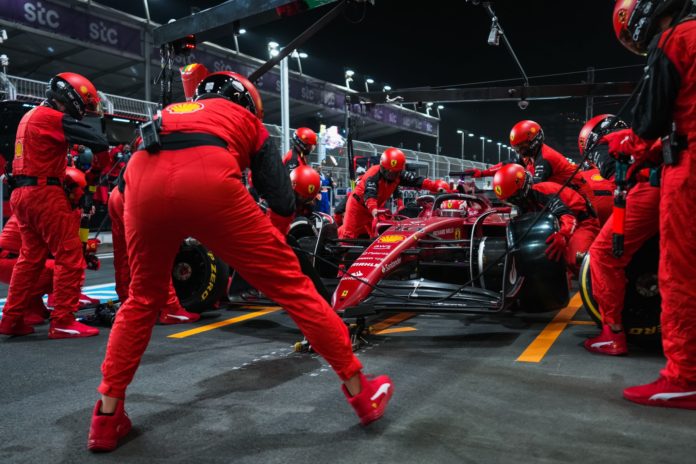 Ferrari’s engine will reportedly be revved up for the Spanish Grand Prix, resulting in a significant power bump.

The Scuderia aspired to compete at the front of Formula One once more in 2022, with the goal of nailing the all-new 2022 regulations as well as the newly built power unit, which would function with E10 gasoline, which had become essential across the manufacturers.

And it looks that the Scuderia has already conquered both areas, with Charles Leclerc winning the season-opening Bahrain Grand Prix in the F1-75 powered by this new power unit, and Leclerc finishing P2 in Saudi Arabia, beaten to the chequered flag by Red Bull’s Max Verstappen by half a second.

Ferrari, however, has yet to reveal what their power unit is genuinely capable of, according to a report by Giuliano Duchessa for Formu1a.uno.

“The engineers say it quietly, but Ferrari is sure to be the engine manufacturer that has recovered the most power compared to last season, despite the introduction of E10 fuels,” the report states.

“It seems [Mattia] Binotto’s team is then also playing strategy, not wanting to show the true power of their unit this early in the season.”

According to a Ferrari source, the team is “more interested in finishing the reliability data collection programme, at least until race 5 [Miami],” and in terms of engine power, Ferrari “will eventually be able to increase it further when they finish the PU reliability programme, filling out the torque curve with the number 2 engine.”

The Spanish Grand Prix follows Miami, thus Ferrari might expect a power gain here if the reliability work is completed in Miami.

While the Internal Combustion Engine’s development is currently dedicated to reliability efforts, the electrical side will not be frozen until September.

There is still time for Ferrari to develop the PU, but it will apparently be “less crucial” than the hybrid system improvement that they successfully implemented at the 2021 Russian Grand Prix.

The Australian Grand Prix at Albert Park is in Ferrari’s immediate future, with the team leading the Constructors’ Championship by 40 points heading into the third round of the 2022 season.