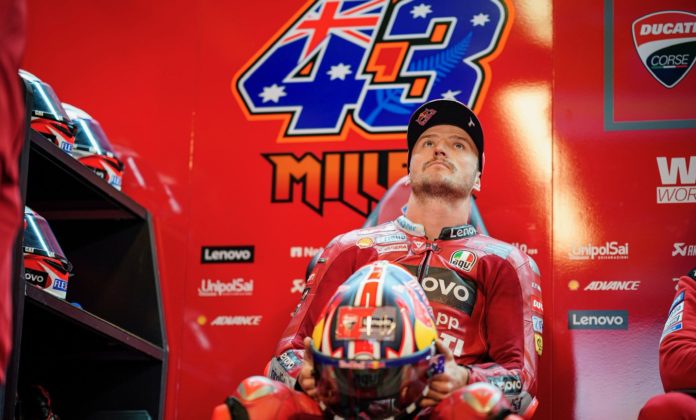 The Factory Lenovo Ducati team is beginning to unleash the full potential of its GP22 machine after a rocky start to the 2022 MotoGP season.

Bagnaia looked much more like the Bagnaia that won four of the last six races last year, with a double top five finish in Jerez marking the second time this season.

Despite the fact that he struggled at Le Mans in the dry last season, the Italian believes he’s found enough form to challenge there now that he’s close to full fitness following the right shoulder injury he suffered in Portimao.

“This week off has definitely helped me recover and let my shoulder rest after the two consecutive Grands Prix of Portimão and Jerez, which were very demanding,” added Bagnaia.

“We are coming to France to a track that I generally like a lot and where I always enjoy riding, but it is definitely not an easy track either, as we struggled a bit in the dry last year.

“Compared to last year, the weather should be better this year: no rain is forecast, and the temperatures also seem higher.

“Our goal is to continue the excellent work done at Jerez and be competitive and fast here in France.”