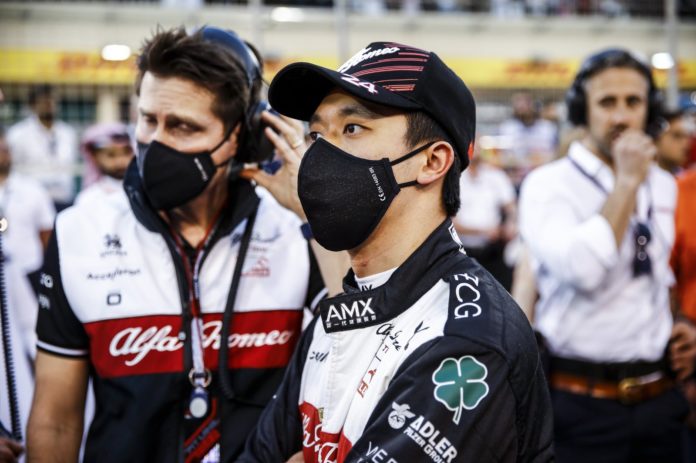 Guanyu Zhou’s extra penalty at the Jeddah track was due to the front jackman elevating his car while he stopped to serve his five-second penalty.

Following his points-scoring debut in Bahrain, the Alfa Romeo driver struggled in the Saudi Arabian Grand Prix on Sunday night.

Despite starting in P12, he had the similar start troubles as Valtteri Bottas at the Sakhir circuit and lost positions off the line.

He made contact with Daniel Ricciardo while squeezed at Turn 1, but it was his overtake on Alex Albon that destroyed his Sunday night.

Zhou was deemed to have gained an advantage when he passed the Williams driver off the course at Turn 1 and was given a five-second time penalty as a result.

When he arrived in the pits, he took it, but Alfa Romeo got it wrong, as the jackman hoisted the car and the team then stayed stationary for the five seconds.

After all of the drama, Zhou finished P11, eight seconds short of a points-paying finish.

“I want to think this was a good experience in terms of getting more confidence with street circuits in Formula One. It was useful,” he said.

“overall the race was definitely far from ideal: we had the anti-stall kicking in at Turn One, even though I had a much better start than in Bahrain, so we will need to understand what happened.”

Team boss Fred Vasseur said: “It’s a disappointing end to an evening in which we showed so much pace. We were on course to have two cars in the points again, but luck was not on our side and we leave with nothing.