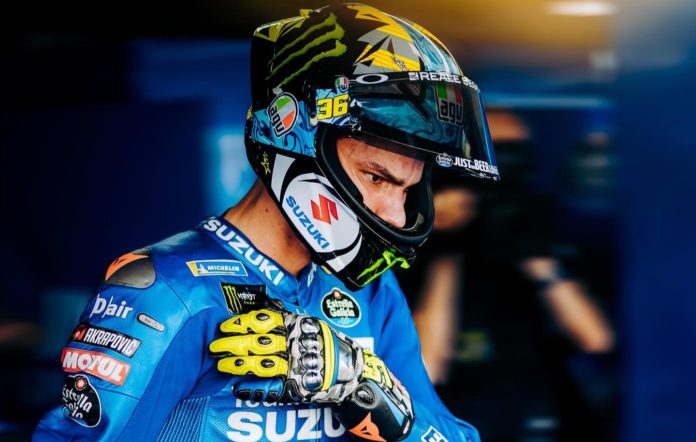 Joan Mir of Suzuki claims that if it hadn’t been for the rain, he would have finished sixth instead of 17th at the MotoGP Indonesian Grand Prix last Sunday.

After a late tumble in Q1, the 2020 world champion was left stranded in 18th place on the grid, while Marc Marquez’s withdrawal from the race moved Mir to 17th place.

The Suzuki rider struggled for rear grip throughout the weekend on Michelin’s 2018 tyre composition, which it had brought to the Indonesian GP in reaction to the high heat.

Mir took advantage of the wet conditions to jump from 17th to eighth on the opening lap of the 20-lap race, eventually finishing sixth behind Suzuki teammate Alex Rins.

Mir concedes that his run to sixth place would not have been feasible if the race had not been rainy, despite tiny dry set-up advances in Sunday’s warm-up session.

The race was cut from 27 to 20 laps because to safety concerns raised by the Mandalika track surface breaking up in the last turn.

Mir says it’s a “shame” because he thought he could have advanced on the sixth, where he eventually claimed the chequered flag.

“Just one thing that was not positive is that we’ve been working in the direction of all the weekend, that we were struggling a lot, and in this race I was really struggling to stop the bike.”

“It was a shame it was a 20-lap race, because I had something more at the end of the race. But anyway, it’s ok like this.” Mir Said.