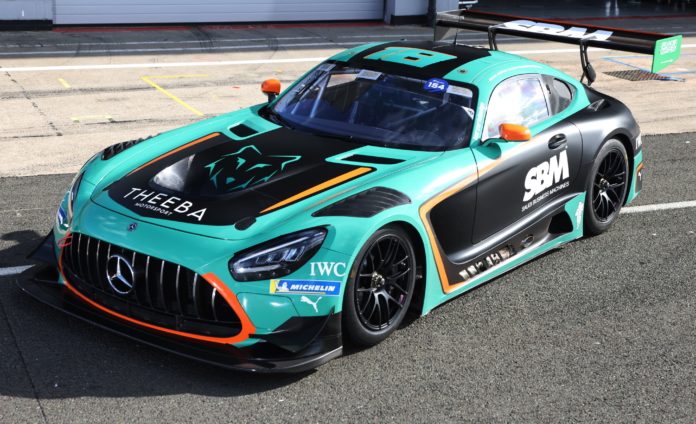 Reema Juffali, Saudi Arabia’s first female racing driver, has established her own sportscar squad with the goal of competing in the 24 Hours of Le Mans.

Juffali, who spent her early years racing in British junior single-seaters, has formed Theeba Motorsport, which will compete in the GT Open International series this year with a Mercedes-AMG GT3 Evo shared with Adam Christodoulou.

Theeba, which competes under a Saudi licence, will make its premiere at Paul Ricard this weekend in the second GT Open race of the season.

Because the team was not ready for the first round at Estoril earlier this month, Juffali and Christodoulou raced a Merc driven by SPS Automotive and sponsored by Theeba.

After participating in the British F4 in 2019-20 and the GB3 Championship (previously BRDC Formula 3) in 2021, Juffai, 30, revealed that her concentration is now on sportscar racing and achieving her Le Mans dream.

“I came into motorsport a little bit later in life, so I decided that in order to fast track my learning single-seaters would be the best way,” Juffali told Motorsport.com.

“But endurance racing was always the goal, and after last year I felt I’d made some advancement and that single-seaters had served their purpose.

After making her sportscar debut in January’s Dubai 24 Hours atop an SPS-run Merc, Juffali decided to form the Theeba team.

Theeba, which is based in Banbury near Silverstone, had a brief gestation period, which meant the team was not ready for Estoril, where Juffali and Chistodoulou won both pro-am races.

Juffali has not set a deadline for graduating Theeba to Le Mans.

She said the squad was already planning to compete in endurance races like the Spa 24 Hours and the Dubai twice-around-the-clock event.