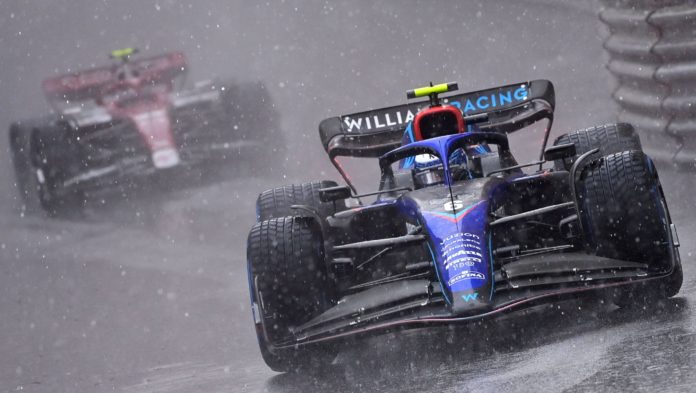 After falling behind the Safety Car at the Monaco Grand Prix, Nicholas Latifi stated that he “didn’t do anything wrong.”

After a lengthy delay, the race began behind the Safety Car, giving the Williams driver the first taste of how difficult the afternoon would be due to the damp track conditions.

He went into the barrier at the Loews hairpin as the cars followed the Safety Car on the first lap of the race.

The Canadian, on the other hand, claimed it had less to do with the wet surface and more to do with a defective throttle in his FW44.

“The throttle didn’t get stuck but it was like the throttle got stuck,” Latifi explained, as reported by GPFans.com.

“I got drive all of a sudden once I started to turn. It was very, very strange.

“Something went wrong there, I know I didn’t do anything wrong there.

“You are pretty much stopped in that corner anyway so that was obviously unfortunate because of the damage and then just being off-sequence before the start of the race.”

Latifi was forced to return to the pits after the small collision, where a new front wing was installed. He eventually dropped to the back of the pack and finished 15th, the third slowest finisher in the race.

The 26-year-old stated he felt like a “passenger” in the automobile at the moment because it was moving forward without him pushing his foot on the accelerator.

“I know it wasn’t the throttle pedal itself,” Latifi said.

“But there was something that gave drive to the engine so whatever that was, I started to get some pushing from the engine.

“I wasn’t worried the pedal was going to do that again because it wasn’t the pedal in the first place.

“But it was very strange and surprising at the same time and I was kind of already going so slow there, I was just a passenger at that point -‘the car is driving forward and I am not on the gas so I don’t know what is happening here’.”