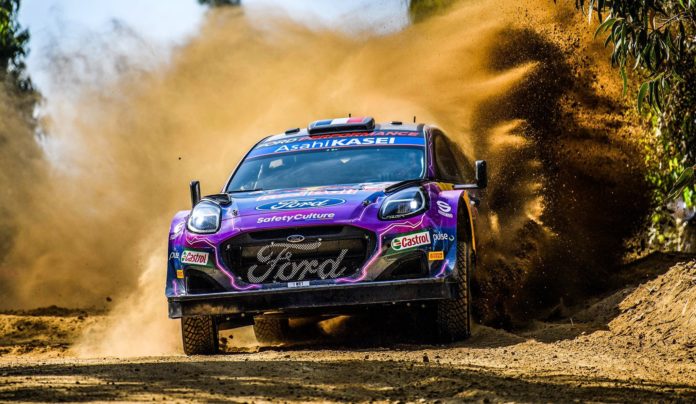 Sebastien Loeb, the reigning World Rally Champion, crashed out of Rally Portugal on the first stage of the loop on Friday afternoon.

The nine-time world champion appeared to misread the start of Stage 5, causing his M-Sport Ford Puma to suffer catastrophic damage.

As the stage transitioned from tarmac to gravel, the Frenchman skidded wide at the first bend of the Lousa 2, and his right rear hit a wall on the outside of the corner.

He led Toyota’s Elfyn Evans by 0.5 seconds going into the stage after winning Stage 4, which vaulted him from eighth to first in the rally.

Since winning the season opening in Monte Carlo in January, the 48-year-old has had a fantastic start to his maiden WRC race.

Loeb will retire from the rest of the day’s activity, according to M-Sport, and it is uncertain whether he will return tomorrow.

“After clipping a wall at the start of SS5, Sebastien Loeb has stopped in stage. The crew are retiring for the day,” read a brief statement from the team on social media.

Following that, Loeb apologised for the mishap on his own social media.

Evans has recaptured the rally lead with a 2.1-second advantage over Neuville, who finished the test in fourth place.

With his stage win, Ogier has moved up to third overall, 9.9 seconds behind leader Kalle Rovanpera. This afternoon, the crews will tackle four more stages.