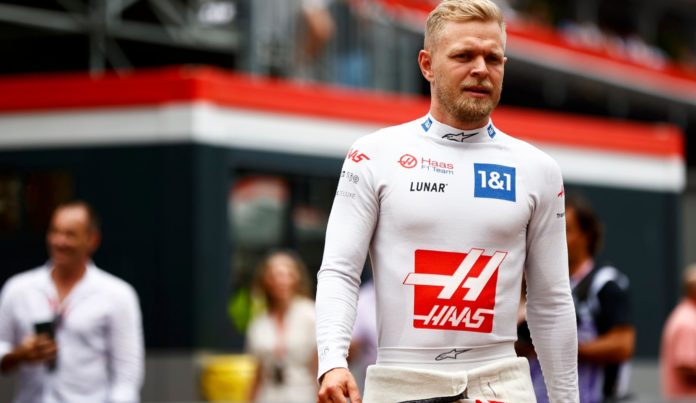 Guenther Steiner has noticed a change in Kevin Magnussen, who is now “far more confident” and no longer fears losing his Formula One spot.

Magnussen is back with Haas this season after a year away, and he’s taking advantage of a VF-22 chassis that’s far more competitive than the team’s previous cars.

Magnussen only scored one point in 2020, the year he left Haas at the end of the season. This time, he already has 15 in the bank.

The Dane has returned on a free ticket, having spent a year in endurance racing in the United States and not knowing he’d be back in Formula One until only a few days before pre-season testing.

In an interview with Motorsport.com, Haas team principal Steiner stated of Magnussen, “I don’t think he was immature before, but he has grown.”

“He’s 29, still young and when he came back to the team at the beginning of this season we found him much more confident.

“I think in his previous experience with us he lived with the fear of losing his place in Formula 1 but after actually coming out of that, that sort of fear is no longer there.”

“There’s another aspect I think is not secondary – he didn’t look for a steering wheel but we called him,” added Steiner. “I think that’s a rewarding step for a professional driver.

“Obviously the very important result he got in the race of his return, in Bahrain (Magnussen finished fifth) also worked in his favour – he became a sort of hero and today he has his heart at peace, he is at ease with himself.

“I see a Kevin who communicates more, he is more confident in his interactions with the team, but as a driver he is the same as before.”

Magnussen’s 15 points for Haas have taken them above of Aston Martin and Williams in the Constructors’ Championship, and they are two points behind AlphaTauri, despite the fact that Schumacher has yet to score.