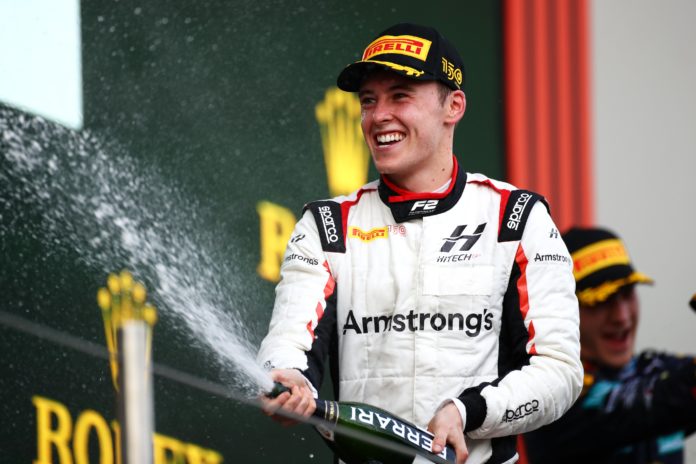 Armstrong made a great start from second on the grid and overtook Williams F1 youngster Logan Sargeant, who started the race from reverse pole position.

The Hitech driver then took command of the race from the front, fending off Daruvala, who had demonstrated remarkable race speed in the Prema.

The Indian driver couldn’t get close enough to take use of the DRS, allowing Armstrong to win.

After being sacked by Ferrari’s young driver academy before of the season, the Kiwi put up another strong performance.

After gaining at the start of the race, reigning F3 champion Dennis Hauger finished third behind Armstrong and Daruvala.

Cars struggled to follow each other in the middle sector of the lap due to dirty air, which was more widespread than in F1.

After the early Safety Car halt, this resulted in a rather lacklustre second half of the race.

After passing Theo Pourchaire at the start, Roy Nissany finished fourth, his best finish of the year.

In the end, Ayumu Iwasa finished P9, just ahead of Frederik Vesti.

Drugovich is still in first place in the standings, with a 14-point advantage over Lawson heading into Sunday’s feature race at Imola.