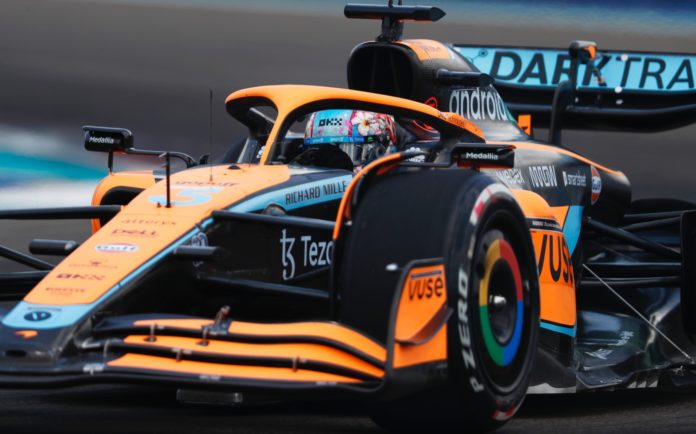 For this weekend’s Spanish Grand Prix, McLaren will update its MCL36 with new parts, marking the team’s first big changes of the season.

Daniel Ricciardo and Lando Norris of McLaren will be able to test some new parts this weekend at the Spanish Grand Prix.

The Circuit de Barcelona-Catalunya hosted the first on-track session of the 2022 season and new regulatory cycle, giving teams a good opportunity to correlate their improvements so far this season as well as test new components against previously collected data this weekend.

Many teams, particularly Ferrari, Red Bull, and Mercedes, are likely to deliver larger update packages for this weekend’s race, while McLaren has stated the MCL36 will feature some new components.

“We are bringing some upgrades to the car for the weekend,” McLaren team boss Andreas Seidl said.

“I know it’s been an extremely busy week or so for many of the teams making changes ahead of Barcelona, so it’s going to continue to be a tight fight for points.”

McLaren was one of the standout performances at the Spanish pre-season test, and Seidl believes that comparative work will be critical as they adjust to their new parts.

“We performed well at this track in pre-season testing, so it will be interesting to see how our car will perform with the upgrades we’ve made since then,” he said.

“Hopefully we can have some good battles and get both cars back into the fight for good points.”