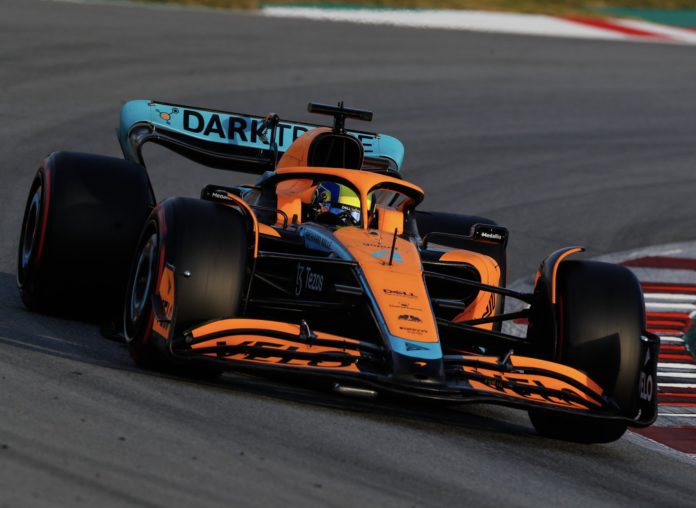 Following a good week in the first pre-season test in Barcelona, McLaren has had a more challenging time at Sakhir due to overheating brakes.

Because the team was unable to find a solution to the problem at the track, Lando Norris was limited in the length of his runs over the first two days.

McLaren’s factory has been mobilised to produce updated brake ducts in an attempt to improve thermal management, with the hope that the new parts will be completed in time to fly out to Bahrain before Saturday’s last day of racing.

Andreas Seidl, the team’s principal, recognised that the situation was difficult.

“After the good test we had in Barcelona, this first one-and-a-half days here definitely did not go to plan,” he said

“We have unexpectedly an issue with the front axle with the brake, which we have to solve. So a race against time at the moment in order to get upgraded parts.

“We could run some small upgrades on the car as well, in order to extract more performance from the package. We will make steps with modifications that we could do here in the track, which still allow us to work on the cars.”

Despite the problems, Seidl remained confident that the team would be ready for the opening F1 race of the season next weekend, even if the additional parts did not arrive in time for the last test day.

After some more optimistic news on Friday, Seidl was hopeful that Ricciardo will be back in the car on Saturday.