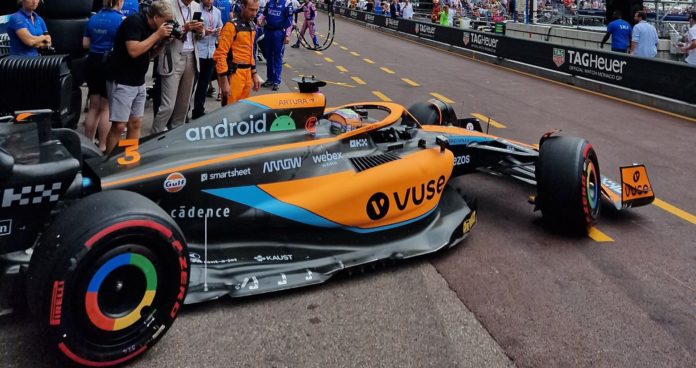 McLaren’s Andreas Seidl has refuted claims that the team is comfortably the fourth fastest on the grid, claiming that the team has only outscored Alfa Romeo in two of the last four races.

Seven races into the season, McLaren is in fourth place in the Constructors’ Championship, thanks to a double points haul in Australia.

That was, however, McLaren’s sole two-car haul of the season.

Lando Norris was able to create some distance between McLaren and fifth place at the Emilia Romagna Grand Prix when he finished third, the only driver outside the top-three teams to finish on the podium.

While Alfa Romeo and Alpine, McLaren’s closest opponents, have had more variable results, Norris has been a constant performer for the Woking squad.

But, as Seidl points out, their position in the standings and as the midfield’s leader is anything but comfortable.

“I wouldn’t say fully comfortable,” he told The Race.

“We are up against strong competition with strong drivers and strong cars and therefore the pecking order can still change depending on different tracks, different conditions, tyre selection.

“Our target is clear; we want to fight for fourth in the Constructors’ Championship. We have everything in the team together with Lando and Daniel to do that.

“We know that the competition will not stand still so we need to make sure we keep developing this car as well, which we will do but it’s obviously encouraging to see the pace we had both in Barcelona and Monaco.”

If McLaren is to keep Alfa Romeo and Alpine at bay, Ricciardo must start scoring.

The Australian driver has had a rough season, with only one top-ten finish in seven races, P6 at his home race in Melbourne.

McLaren will continue to work with the driver to assist him in every manner necessary, according to Seidl.