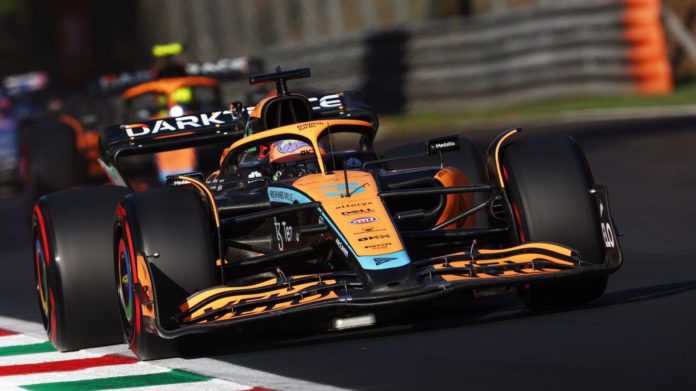 James Key, the technical director of McLaren, has described the team’s “aggressive approach” to upgrading the MCL36 and anticipates one more significant modification before the season is out.

Millions of dollars in additional prize money are up for grabs for the team who prevails between McLaren and Alpine in their tight struggle for fourth place in the Constructors’ Championship.

Lando Norris and Daniel Ricciardo have been dominating their intra-team competition this season, but Norris claimed that the two teammates are still sharing new components when they are added to the car since McLaren assigns their drivers the “opposite” responsibilities of number one and number two.

The technical director said that work on their current car has not yet come to an end and that they intend to advance in the same way that Red Bull, Ferrari, and Mercedes have this season.

“With regards to the actual packages of updates we’ve done, it has been an aggressive approach,” Key said in a Q&A on McLaren’s website.

“For each development step, we have done a lot of work on them, and they last for a duration of five or six races, and each package has then worked as planned, producing several tenths of performance each step, so we’re happy with that.

“We’ve got another new package to come, which we are working on now, and then there will be a few minor ones to follow in the remaining races. I would say that we’ve brought a lot to the track and we’ve gotten what we wanted from it.

“However, I think the standards that we’ve seen within the top three teams show what you’ve got to be able to achieve.”

Key stated that having a good baseline of performance allows up more alternatives in terms of the enhancements they bring to their vehicles and expressed his wish to see McLaren in the same position in 2023, when they are currently trailing the top three constructors by a significant margin.