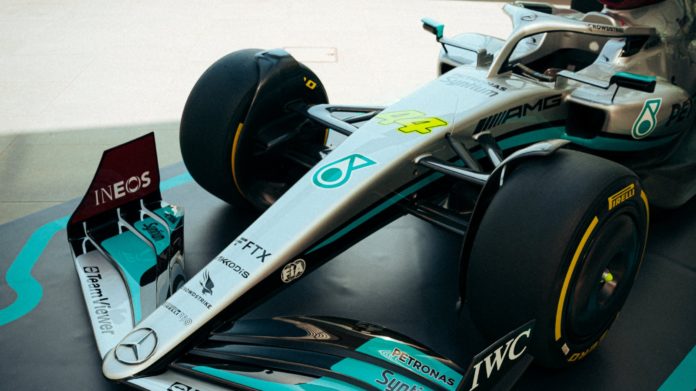 Mercedes has stated that the lack of necessary equipment at its F1 factory hindered its efforts to find solutions to issues it encountered early on with its W13.

The Brackley-based team, which spent the whole of the 2022 season battling Red Bull and Ferrari, is still looking for its first F1 triumph of the year.

The current challenger’s design has shown to be unsuitable for the new ground effect restrictions, since it exhibits poor performance, bouncing, and ride quality.

Furthermore, it doesn’t seem like its idea of creating the majority of its downforce as near to the ground as possible is the best way to make the most of the present cars.

Mercedes believes it has finally figured out what has been causing its problems, and effort now is focused on making sure that the 2023 F1 car can return it to the front of the pack.

Toto Wolff, team owner, claims that early in the campaign time was lost when Mercedes discovered that data coming from its factory was not assisting it in figuring out what was wrong with the W13 design.

“We lacked the tools, the simulations and the understanding in uncovering the problems that we created, with the way the car was developed,” explained Wolff.

“We couldn’t run it where we wanted to run it aerodynamically, and mechanically it was never in the sweet spot. It took us months to undo some of the steps we’ve done.

“So it’s not that I believe we’ve discovered the Holy Grail and we understand everything and it’s going to be a blast next year.

“But this is now a crucial period: literally over the next one to two months we need, with a certain degree of precision, to understand what needs to be done for next year.” Toto Wolff stated.