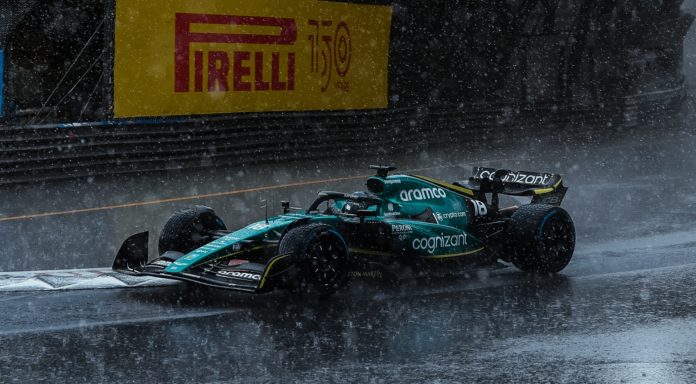 Pirelli F1 boss has defended his company’s tyres after Sebastian Vettel slammed them during the Monaco Grand Prix.

Given the conditions in Monte Carlo, every driver began on wet tyres and waited for the earliest possible opportunity to switch to inters.

Pierre Gasly of AlphaTauri was the first to swap, and he fought for grip on his new tyres for the opening few laps, but his decision was finally proven accurate as the rest of the race pitted for the same tyre.

Vettel, a four-time World Champion, stated that he was eager to move onto the inters because the wet tyre is “essentially useless.”

“As soon as you can go on the intermediate, you do it,” Vettel is reported by motorsport-magazin.com.

“The rain tyres are far too hard for this track and even for Imola they were too hard.

“In rainy weather, we know that the current cars have a lot of aquaplaning. Pirelli hasn’t worked on this subject for years and everyone knows it. So we have to wait until it stops raining to be able to launch a race.

“I remember the days when we could have driven here in the rain, with no problem with this amount of water, but with these tyres it is impossible.

“Looking at them, the ‘extreme wet’ looks good but in fact they’re useless. As soon as you can switch to intermediate, you do it straight away.”

However, Pirelli’s head of F1 Mario Isola disagreed with Vettel’s assessment, claiming that the hardness of the wet and intermediate tyres was similar.

He also stated that their studies revealed that the new 18-inch rims, which would replace the 13-inch rims for the 2022 season, were similar to those used last year.

“The Regen compound is different than the Intermediate, but it’s not much harder,” Isola said.

“The tests we’ve done in the past showed (that the tyres) had similar characteristics to last year’s and we also wanted to keep the crossover time at a similar level as last year.”

Isola explained that the difference they noticed in Monaco compared to other courses was due to the asphalt on the road because the circuit is a street track.