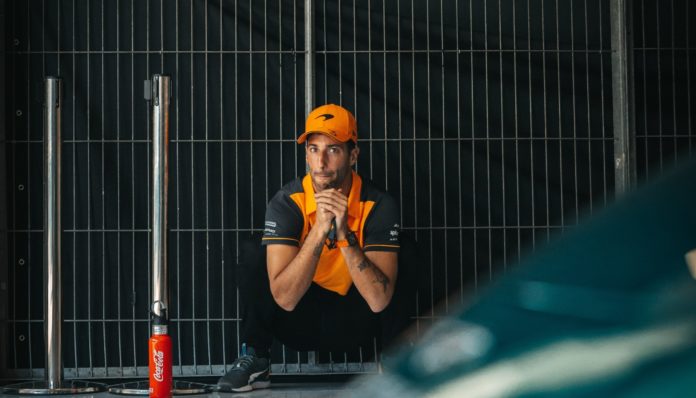 Daniel Ricciardo’s image as one of the strongest drivers on the F1 grid – and a possible world champion – has plummeted since joining McLaren at the start of last season.

Since his debut, the charismatic Australian has been vastly outpaced by colleague Lando Norris, who had a particularly challenging first season at Woking in 2021.

Ricciardo had thought that 2022 would be a different tale, especially following his stunning debut victory at Monza last year, but seven races into the new season, little has changed.

Ricciardo discussed his problems and why he is keen to prove his naysayers wrong in an exclusive conversation with Crash.net during the recent Spanish Grand Prix.

“It kind of ebbs and flows where sometimes I’ll get down on myself,” Ricciardo says. “But then other times, I’m fired up and motivated to prove a lot of people wrong and prove myself right.

“More times than not, I’ll kind of chuckle at the doubt. Because even last year, for sure, there were times where I was trying to figure it out.

“But already in April and May [last year] there were articles like ‘he’s lost it’ but six months earlier in 2020 I was regarded as one of the standout drivers of that season.

“The reality is I’ve not forgotten how to drive in six months, I haven’t lost my competitive edge, it’s just kind of a moment in time that I knew I could come out of.

“You are always going to get people saying this and that. It is what it is. It’s up to me in the car to prove them wrong.

Ricciardo indicated at the end of last year that he is fine with the possibility of never winning an F1 world title if that is the path his career takes.