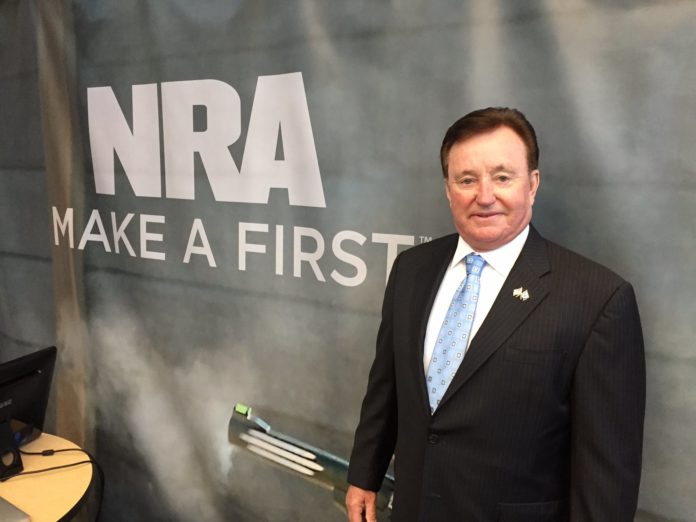 Richard Childress has stepped out to assist the Ukrainian people in their fight against Russia.

“I was listening the other day and heard President Zelenskyy say he didn’t want out, he wanted ammunition,” Childress Said.

“I called my good friend Fred Wagenhals, who is the Chairman of AMMO, Inc., which is a publicly traded company, POWW, and I said, ‘Fred, we gotta help these people. They need ammunition.’ And he stepped right up, he said, ‘We’ll do it,’ and now we’re turning our production to this as our number one priority.”

Childress is on the board of directors of AMMO and has a personal net worth of $250 million.

“We’re working with some government agencies, but to get it there quickly, we’re going to work through a private company that will be working to get it in there,” Childress said. “The number one ammo they’re needing right now over there is the 7.62s, and that’s what we’re going to be producing.”

Richard Childress Racing, Childress’ NASCAR Cup Series company, presently fields vehicles for Tyler Reddick, who dominated the first two stages of last weekend’s Auto Club 400 before a flat tyre forced him out of contention, and his grandson, Austin Dillon, who finished second behind Kyle Larson. Since its inception in 1969, RCR has won six Cup Series championships.