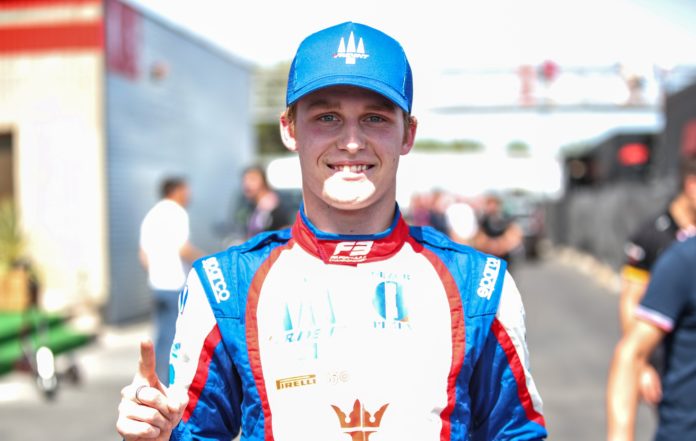 At the last second, Roman Stanek secured his maiden FIA Formula 3 pole in Barcelona, pushing championship leader Victor Martins off the top of the leaderboard.

The Imola feature race winner was in 13th place for Trident when he set a time of 1m33.516s to take pole, only 0.07s faster than the ART Grand Prix driver.

He’s had a solid qualifying run so far this season, finishing second in both Bahrain and Imola.

MP Motorsport’s Alexander Smolyar will start third, having set the fastest time early in the session before being overhauled by Martins and then Stanek.

Isack Hadjar of Hitech was the first driver to set a representative flying lap, clocking in at 1m34.181s to take the lead early on.

Caio Collet (MP Motorsport) was quickest with a time of 1m34.026s, but he was quickly pushed down the order by Franco Colapinto and Martins of Van Amersfoort Racing.

After the first runs, Stanek and William Alatalo (Jenzer Motorsport) had trips over the gravel at Turns 7 and 11, respectively, the top 14 were within one second of the leader.

With 20 minutes remaining on the clock, the race continued, with Hadjar temporarily recovering the lead until Ollie Bearman took the lead.

The Prema driver’s lead was short-lived, as Smolyar took provisional pole with a time of 1m33.613s.

Martins was the next to seize the lead, finishing 0.05s faster, followed by Arthur Leclerc (Prema) in third and Bearman in fourth.

Martins, Smolyar, and Hadjar appeared to be the final order until Stanek’s last-minute try put him on top of the timesheet.

After the session, Zane Maloney of Trident will be investigated for failing to stop at the weighbridge.