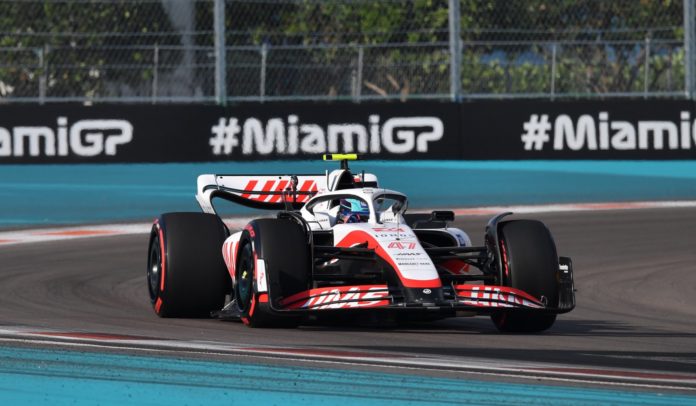 Gunther Steiner, the head of Haas Formula One, says his team has “none else to blame” for failing to win points in the Miami Grand Prix.

Mick Schumacher was in a promising tenth position at the time of the late safety car restart, but his race was cut short following a collision with Sebastian Vettel. He finished 15th after a pit stop for a new wing.

Meanwhile, Kevin Magnussen lost track position when he requested new tyres for the restart, a plan that backfired and left the Danish driver unable to gain any ground.

In the closing stages, he made touch with Lance Stroll, and the team retired his car just before the chequered flag.

“We were in a bad place on Saturday,” said Steiner when asked by Motorsport.com about the team’s race.

“I think everybody regrouped, we put ourselves in a good place again, and then 10 laps to go, we go down the drain.

“Who is not disappointed after a weekend like this? I think we have nobody else to blame than ourselves.

“We were up in the points, it was possible with maybe two cars to get into points, and then we just lost it all at the restart.

Magnussen made the request for his pit stop under the safety car, which came a lap after any other drivers pitted, according to Steiner.

Another important aspect in Haas’ failure to score was this, and Steiner said Magnussen accepted responsibility.

“He was demanding to come in. Our suggestion was not, but he said ‘I want new tyres’. And he said, ‘It was my fault, I shouldn’t have done it.'”

Steiner recognised that the squad’s current form is encouraging, but emphasised that the team cannot afford to waste scoring opportunities.