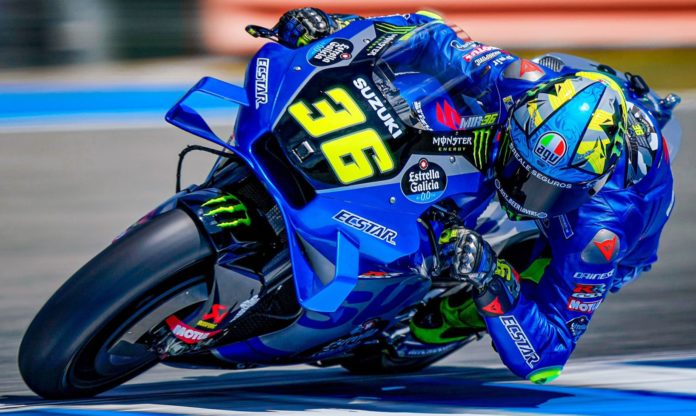 Suzuki is expected to exit MotoGP at the end of this season, having won the world championship with Joan Mir in 2020.

Suzuki team members were reportedly notified of the shocking news at Monday’s post-race test in Jerez, despite Suzuki previously signing a contract to stay in MotoGP until at least 2026, according to multiple reports.

Suzuki has remained mute, which would not be the case if the reports were false.

Suzuki’s second exit from MotoGP (after’suspending’ its participation from 2012 to 2014 owing to the financial crisis) would leave Joan Mir and teammate race winner Alex Rins looking for a new team for 2023.

Despite their lack of wins last season, Suzuki and Mir finished third in the world championship, trailing only Yamaha’s Fabio Quartararo and Francesco Bagnaia (Ducati).

Rins, who had a dreadful year last year due to a string of race blunders, has taken the GSX-lone RR’s podiums this season to sit fourth in the early standings, two places ahead of Mir.

Suzuki, who only a few months ago engaged Livio Suppo as its new team manager, would be the first manufacturer to pull out of MotoGP since its 2011 absence.

The factory’s departure, which is anticipated to be confirmed by the end of Tuesday and is apparently for to financial reasons, will restrict the sport’s manufacturers to just five: Ducati, Honda, Yamaha, KTM, and Aprilia.

When Kawasaki attempted to exit MotoGP before the conclusion of its contract with Dorna in 2008, the factory was forced to compromise by running an unbranded ‘Hayate’ bike for Marco Melandri the next season.

Kawasaki has not raced in MotoGP since, and if Suzuki decides to leave mid-contract, the factory could face a hostile welcome if it returns in the future.