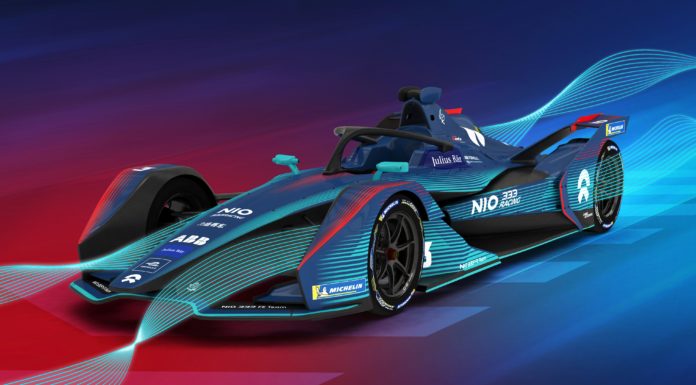 As the Chinese team scored its first Formula E points of the season, Oliver Turvey predicted that NIO 333 may take the second Rome E-Prix race “as a minor win.”

Turvey started 22nd on the grid, but took advantage of a chaotic race to surge up the order and finish eighth, helped in part by time penalties for both Lucas di Grassi and Nyck de Vries for avoidable contact.

Turvey explained that NIO 333 had initially focused on conserving energy, but that the team was able to take advantage of the opportunities that came its way later in the race, having switched to attack mode “at the appropriate time” to move forward.

“We had the strategy before the race to try and save as much energy at the beginning,” Turvey said.

“The opening laps were spent just saving as much as possible, and then we were hoping for a safety car.

“And it kind of came maybe a little bit too early, but obviously allowed us to close the gap up, and then we had extra energy for the kind of the rest of the race.

“I was able to use that energy then to overtake a number of cars, and I think we took the attack mode at the right time. I was able to get past two cars just at the final part of my attack mode. And then the safety car came out. So everything worked pretty well.

“We just executed the race perfectly. We took opportunities when there were incidents; everything worked out really well. Starting P22 and to finish P7, it’s an amazing result. It feels like a small victory for us.” Turvey stated.

The Formula 2 graduate was fast in the morning practise session, setting the fourth-fastest lap time, but battled with his brakes in qualifying and felt that the race’s incidents had not gone in his favour.