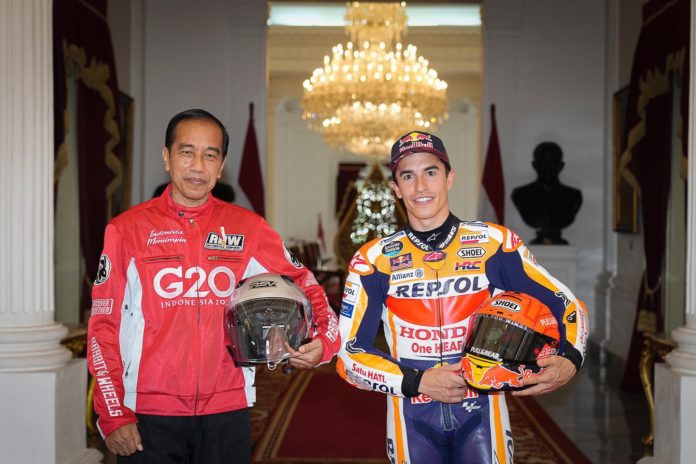 On the eve of the first Indonesian MotoGP race since 1997, President Jokowi waved a special procession through the streets of the capital Jakarta on Wednesday afternoon.

“It’s been an incredible event, with all the riders helping us a lot with this promotion,” said Carmelo Ezpeleta. “Indonesia is one of the biggest countries in the world for MotoGP.

“We knew from many years ago when we were here that MotoGP in Indonesia is very popular. We think it will be a very nice event and something really important for the sport.” Carmelo Added.

Local motorcyclists from Honda, Suzuki, Ducati, and Yamaha fan clubs also joined the train of bikes making its way through central Jakarta from Merdeka Palace to the Kempinski Hotel, which was started by the President waving a chequered flag.

The riders stopped their machines, waved to the crowds, and threw a few knee sliders before proceeding to this weekend’s maiden MotoGP at the new Mandalika circuit, which is located two hours from Jakarta on the island of Lombok (next to Bali).