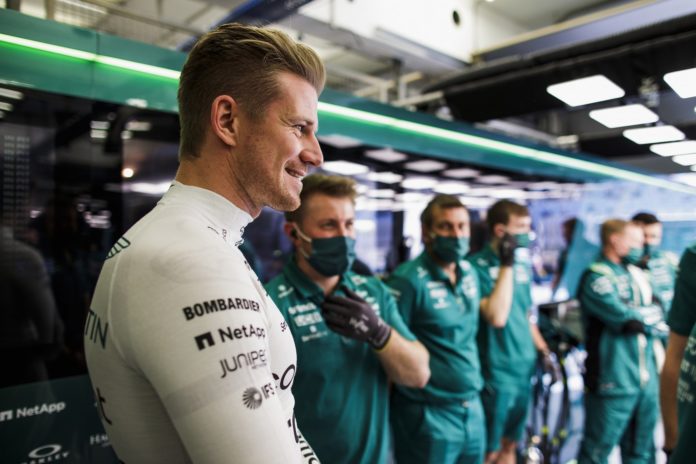 With Sebastian Vettel yet to return a negative COVID-19 test, Nico Hulkenberg is on standby to drive for Aston Martin at this weekend’s Formula 1 Saudi Arabian Grand Prix.

After Vettel was ruled out of the season-opening Bahrain Grand Prix owing to a positive COVID-19 test, Hulkenberg was called in to fill in for the four-time world champion.

On Thursday, Aston Martin revealed that Vettel has yet to receive the requisite negative test in order to travel to Saudi Arabia.

Vettel’s condition was improving on Sunday, but team principal Mike Krack said it was unclear whether he would test negative in time for the race in Saudi Arabia.

“Sebastian Vettel has not yet returned the required negative COVID test to fly to the Saudi Arabia GP,” the team wrote on Twitter.

“Nico Hulkenberg will be in Jeddah to deputise for Seb if necessary. We will delay our final decision until Friday to provide Seb every opportunity to race.”

After making his first F1 start since October 2020, Hulkenberg told reporters after the race in Bahrain on Sunday that he would travel to Jeddah and remain on standby for the team if needed.