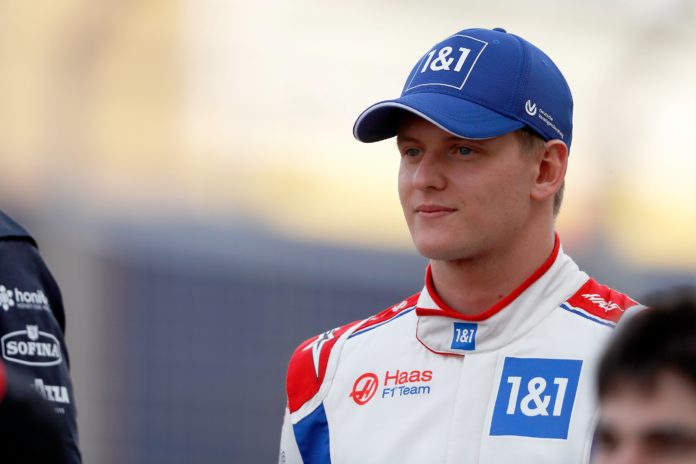 Mick Schumacher doesn’t simply want to score points this season; after seeing his car in action, he wants to finish in the top three in 2022.

On his comeback to Formula One, Kevin Magnussen had a fantastic weekend, qualifying eighth and taking advantage of Red Bull’s double retirement to finish fifth, giving the team more points in one race than they had in the previous two seasons combined.

They put their 2021 vehicle on hold totally to focus on the VF-22, and their patience appears to have paid off, as the team has looked powerful all weekend.

Schumacher was unable to qualify on Saturday, and was then spun around by Esteban Ocon’s Alpine on the opening lap of the race, jeopardising his prospects, but he remains upbeat for the rest of the season.

Now that they can keep up with the leaders, the young German intends to take advantage of one of Formula One’s “crazy” races later this year to mount a podium challenge.

“With all the circumstances we had with the spin in Turn 6 after contact – I don’t know how much damage that would have brought to the car – it didn’t feel amazing to drive afterwards. I think that was also represented in the pace we had,” Schumacher said after the race.

“Seeing Kevin in P5 means we have the car to do this, and that I can do the same. That also means we are close to podiums if there’s a crazy weekend, which there usually is in Formula 1, so we should be able to do that.”

The celebrations at Haas were led by team principal Guenther Steiner, who said Magnussen’s achievement was a reward for the team’s hard work and patience through a difficult period.